This page is dedicated to the various artwork, podcasts and videos etc that have been made for the Roleplay. Here, you can watch and listen to some of the recorded material that the Roleplay has made.

Ever since a session of voice-chatting between Roran Hawkins, Gerontis, Frostedcamel and Oblivion - that lasted over five hours- the idea to make podcasts has arisen in the community. First, there were a few jokes made but gradually over time it became an appealing idea and was supported by the community.

Here is a list of the podcasts recorded and uploaded so far:

Over the years, the Roleplays had and still has amazing people who can draw. Various artwork has been made for characters, clans and the setting of the Roleplay.

Eiji Emiya, made by Roran Hawkins 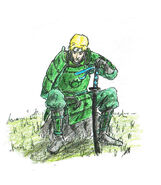 Koike Hon, made by Sketcher.

Several characters of Kumo, made by Sketcher.

Madoc Yamanaka's backstory, made by Sketcher. 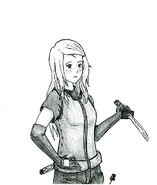 Soru Deshuga and Yoskuni Sadako by Fieryfly
Add a photo to this gallery
Retrieved from "https://new-generations.fandom.com/wiki/Other_Information?oldid=2821"
Community content is available under CC-BY-SA unless otherwise noted.